Tell-It Tuesday: The Maiden of the Mist

The Maiden of the Mist

A retelling of a Seneca Indian Tale

Lela-Wala, daughter of Chief Eagle Eye of the Seneca people, climbed into her canoe. She paddled down the Niagara River, her eyes filled with tears and her heart broken. Her husband, whom she had married when she was just a young girl, died several weeks ago. Lela-Wala’s grief and sorrow overwhelmed her. 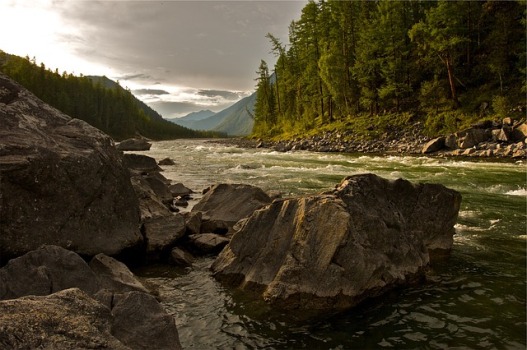 She paddled, thinking about her dead husband and how sad her life had become. Lela-Wala paid no attention to the river. Soon she had paddled into the swift current in the middle of the river. The canoe swayed dangerously, battered by the rough waves. Lela-Wala heard the loud crashing sound of the waterfall ahead but could not stop her canoe. She screamed as her canoe hurtled over the falls, toward the rocks below. 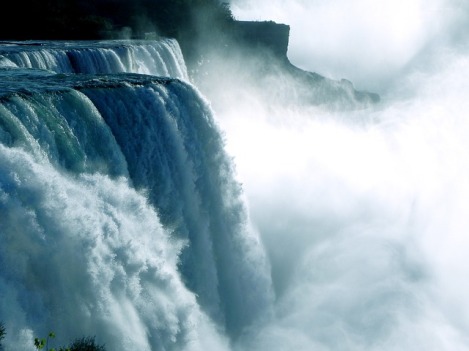 Heno, the God of Thunder and Lightning, lived below the falls. He saw the poor girl tumbling towards him. He reached up, caught her in his arms, and carried her back to his cave behind the water falls.

“Who is this, Father?” said his sons when he walked into the cave carrying Lela-Wala.

“It is Lela-Wala, daughter of Chief Eagle Eye. She fell over the falls in her canoe.” Heno laid Lela-Wala on a soft mat. For days and weeks, his sons and he watched over her and helped her to get better.

One of Heno’s sons and Lela-Wala fell in love over time. Lela-Wala finally felt happy again. But she never forgot her people above the falls.

Lela-Wala noticed that the waters of the river did not seem as clear as they had been. Something was poisoning the waters. She saw a giant serpent near the river above the waterfall.

“Heno, please help,” she shouted as she ran to him in the cave. “There is dangerous serpent in the river. He is poisoning the water. My people will die. I must warn them. Please, Heno, can you take me to them?”

Heno took Lela-Wala in his arms and lifted her up to the land near the river where her people lived. But she did not appear to them as herself. She appeared as a soft, flowing mist.

The people starred at the mist. Soon they could see it taking the shape of Lela-Wala.

“It is Lela-Wala!” the people shouted.

“You must listen to me,” she said. “There is a giant serpent in the river, poisoning the water. You must leave this area and move to a new home quickly.”

The people listened to Lela-Wala. They hurried to pack their canoes with all their belongings and headed upriver.

Lela-Wala returned back under the falls.

The next day, the serpent entered the village, hungry and ready to eat all the people poisoned by his water. But, instead, he found the land empty. He became very angry, and swam up the river, hissing loudly.

Heno, in his cave below the falls, heard the loud hissing. He knew it was the serpent. Heno rose up from the falls and sent a great thunderbolt towards the serpent.

Lela-Wala’s people, in their canoes, heard the loud thunder and turned to see what was happening. They watched as a giant lightning bolt hit the giant serpent, sending it thrashing and screaming back down the river. The serpent’s dead body floated down the river and stuck between the big rocks at the top of the waterfalls. The water of the river began to back up behind it.

Heno knew that the water would spill over the falls and destroy his home.

“Hurry, my sons and Lela-Wala! We must leave before our home is destroyed, “he shouted.

His sons and Lela-Wala ran to join him. They found a new home in the sky, safe from the thundering water.

From that day forward, Heno, the God of Thunder and Lightning, his sons, and Lela-Wala, known as the Maiden of the Mist, watched over the Earth from above.

Listen carefully when you go to Niagara Falls, and you may hear Heno’s voice in the waterfall, and see the Maiden of the Mist drifting upwards in the misty water of the falls.

I hope you enjoyed today’s retelling of The Maiden of the Mist. Try making up your own story about a waterfall.

All photographs courtesy of Pixabay.com